As an allergist  in Tulsa, the myths that surround asthma, food allergy, hives, hay fever abound and patients often come in to the office telling ME what they are allergic to or how to fix the problem. Let me give you some examples:

END_OF_DOCUMENT_TOKEN_TO_BE_REPLACED

I recently found an article on the accuracy of #medical information on #Facebook–it was 85% (wrong that is).  With this much misinformation at our fingertips, no wonder medical advances seem to be muted…obesity, cost of medical care, gun violence, heart disease. If you’re relying on the internet for your medical information, perhaps this link on how to counteract medical-misinformation might be helpful. 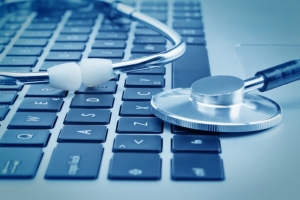 Take a survey for me at the end of the article: I want to know your thoughts.

END_OF_DOCUMENT_TOKEN_TO_BE_REPLACED

Thanks for all your help with my #allergies, but I have a bone to pick with you.  A few minutes into my visit and you’re talking about “rhinitis” and “IgE” and “desensitization”.  By the time my brain catches up with you, our visit is over and I don’t feel like I really understand what condition I  have.  Could you slow down and explain what you mean by all that medical riff-raff?

Confused and a bit rushed END_OF_DOCUMENT_TOKEN_TO_BE_REPLACED

Tulsa is the #allergy capital of the nation.  You wouldn’t believe how many times in a day I hear that!  and it makes sense…countless numbers of patients return to Tulsa and find their #allergies are now out of control. But is this really true?  Does anyone even keep track of which city in America has the highest pollen counts and can thus claim to be the most miserable #pollen city in America? END_OF_DOCUMENT_TOKEN_TO_BE_REPLACED

Everyday I teach patients the difference between “allergy” and “irritant” reaction.  TV ads are overloaded with allergy advertisements in an attempt to sell antihistamines, so why wouldn’t you think that everyone has allergy of some kind.  The link below is a question about allergy (anaphylaxis in this case) to chemicals.  Consider the following:

Tomorrow starts the American Academy of Allergy, Asthma, & Immunology national meeting in Orlando.  Great fun and food, but more importantly, great new information about allergy.  If you watch the news at all, you’re bound to hear about natural products for your health.  Organic anyone?

Read this blog about a patient who only THOUGHT she had allergy; it was really volatile organic compounds (VOC) causing her symptoms of sneezing and nasal irritation that made her think she had allergies.

Case reports like Mary’s are helpful to instruct allergists in the best treatment methods for our patients with rhinitis.  Sometimes it’s allergic and sometimes it isn’t.

Take the following report for instance:

They may smell sweet, but popular air fresheners can cause serious lung problems.

That’s the message from a new study presented at the annual meeting of the American College of Allergy, Asthma and Immunology (ACAAI). Home fragrance products often contain volatile organic compounds (VOCs) that include such nasty chemicals as formalehyde, petroleum distillates, limonene, esters and alcohols. (Download a copy of the presentation here)

Exposures to such VOCs — even at levels below currently accepted safety recommendations — can increase the risk of asthma in kids. That’s because VOCs can trigger eye and respiratory tract irritation, headaches and dizziness, as Dr. Stanley Fineman, ACAAI president-elect, pointed out:

This is a much bigger problem than people realize. About 20 percent of the population and 34 percent of people with asthma report health problems from air fresheners. We know air freshener fragrances can trigger allergy symptoms, aggravate existing allergies and worsen asthma.

And if you hope that “all-natural” fragrance products can give you a nice scent without the chemicals, Fineman has bad news for you — even products marketed as organic tend to have hazardous chemicals. That shouldn’t be surprising since fragrance products don’t eliminate bad smells; they just cover them up, and that usually requires something strong.

Fineman suggests that you’d be better off simply opening up your window and letting fresh air in — though that advice might not work well where I live.  OK, I get it!

The study also gives some much-needed attention to the problem of indoor air pollution. While air freshener-related asthma is certainly a health hindrance in the developed world — at least among those who like to live in artificially sweet-smelling homes — indoor air pollution is a major health catastrophe for much of the developing world, one that leads to the premature deaths of nearly 2 million people a year according to the World Health Organization. The majority of those affected are very poor women and children who might spent hours cooking food over a wood-burning fire in a hut with little ventilation.

To read more about indoor air pollution and how to avoid it, see: http://healthland.time.com/2011/11/08/why-air-fresheners-can-trigger-respiratory-problems/#ixzz1dnQJp6cD

I have trouble getting patients to use ONE much less TWO nasal sprays for nasal allergy & congestion.  Now I may have a solution this year.  The buzz on the street is Meda pharmacueticals

will be introducing a nasal spray product with two ingredients for patients suffering from congestion, runny nose and sneezing.  Yes, for what ails you!

I’ll give you some tidbits from the College of Allergy/Asthma/Immunology meeting this past fall about this new medication.

November 16, 2011 (Boston, Massachusetts) — A novel nasal-spray formulation that combines the intranasal antihistamine azelastine with the intranasal corticosteroid fluticasone provides greater pharmacotherapeutic benefits for the treatment of seasonal allergic rhinitis than either of these agents alone, according to a study presented during an oral session here at the American College of Allergy, Asthma & Immunology 2011 Annual Scientific Meeting.

“There are many patients with moderate or severe allergic rhinitis whose symptoms are not adequately controlled with the currently available pharmacological agents,” Eli O. Meltzer, from the Allergy and Asthma Medical Group and Research Center in San Diego, California, told Medscape Medical News. “Because of their morbidity, it is important to seek new treatments.”

National guidelines have been in agreement with this for the past several years, said session comoderator Mark Dykewicz, MD, from Wake Forest University in Winston-Salem, North Carolina.

Dr. Dykewicz, who was invited to comment on the study by Medscape Medical News, said that the 2008 Rhinitis Parameter Update of the US Joint Task Force on Practice Parameters stated that using this combination was effective.

For years, patients have added OTC antihistamines (Allegra, Zyrtec, Claritin) for allergy symptoms.  Research shows you are much better off adding another nasal spray (like Astelin) than adding an oral tablet to the steroid nose spray you’re already taking.  That’s why antihistamines are often ineffective….you might as well take a vitamin!

Give me your feedback:

What do you like/dislike about this blog page? Any subjects you would like more information about?

Where Can You Find Me?

Nothing to Sneeze At…..

Your health knowledge is your life power